BBC 'Meet The Street' at Growing Together

It was lights, camera, action at our Westcliff community garden when presenters James Martin and Dom Littlewood visited the site. The pair were there to record an episode of a new show for BBC One, called Operation Meet The Street. Southend born Dom Littlewood (Cowboy Builders & Don’t Get Done Get Dom) returned to his home town with James to see the ways in which local charities and groups can help reduce loneliness and isolation. A celebratory Afternoon Tea was held by Trust Links at our Growing Together garden on Fairfax Drive, bringing together all of the people that Dom and James met through the programme. Growing Together is an award winning community garden working with adults with mental health problems and learning disabilities, which improves quality of life, social inclusion, mental health and work prospects. Producers of the programme felt it was the ideal venue for the celebration event, as the project embodies the TV programme’s aims of bringing people together to build a stronger community.

During the day Dom and James met the members, staff and volunteers at Growing Together to hear their stories and find out how their lives had been improved by their time at the project. Matt King, Chief Executive of Trust Links said: “It was great to have James Martin, Dom Littlewood and the film crew with us for the day at Growing Together. They enjoyed looking around the garden and the Afternoon Tea was wonderful, thanks to the hard work of our members and volunteers. James even gave us cooking tips on the vegetables we grow at the community garden and our members enjoyed posing for photos with Dom. We look forward to watching the programme on BBC One.” In the  series, Operation Meet The Street, James Martin spearheads a nationwide campaign designed to bring communities together and tackle the growing issue of loneliness in the UK. James invites five celebrities to go back to the street they grew up on to find out who lives there now and help them set up a real social network. As well as Dom Littlewood in Southend, other celebrities will be Alex Jones (The One Show) Dave Myers (Hairy Bikers), Helen Skelton (Holiday Hit Squad, Blue Peter) and Denise Lewis OBE (Olympic Gold medallist). Operation Meet The Streets began on BBC One on Monday 15th December at 9:15am and the Growing Together garden aired in the episode on Wednesday 17th December 2014. 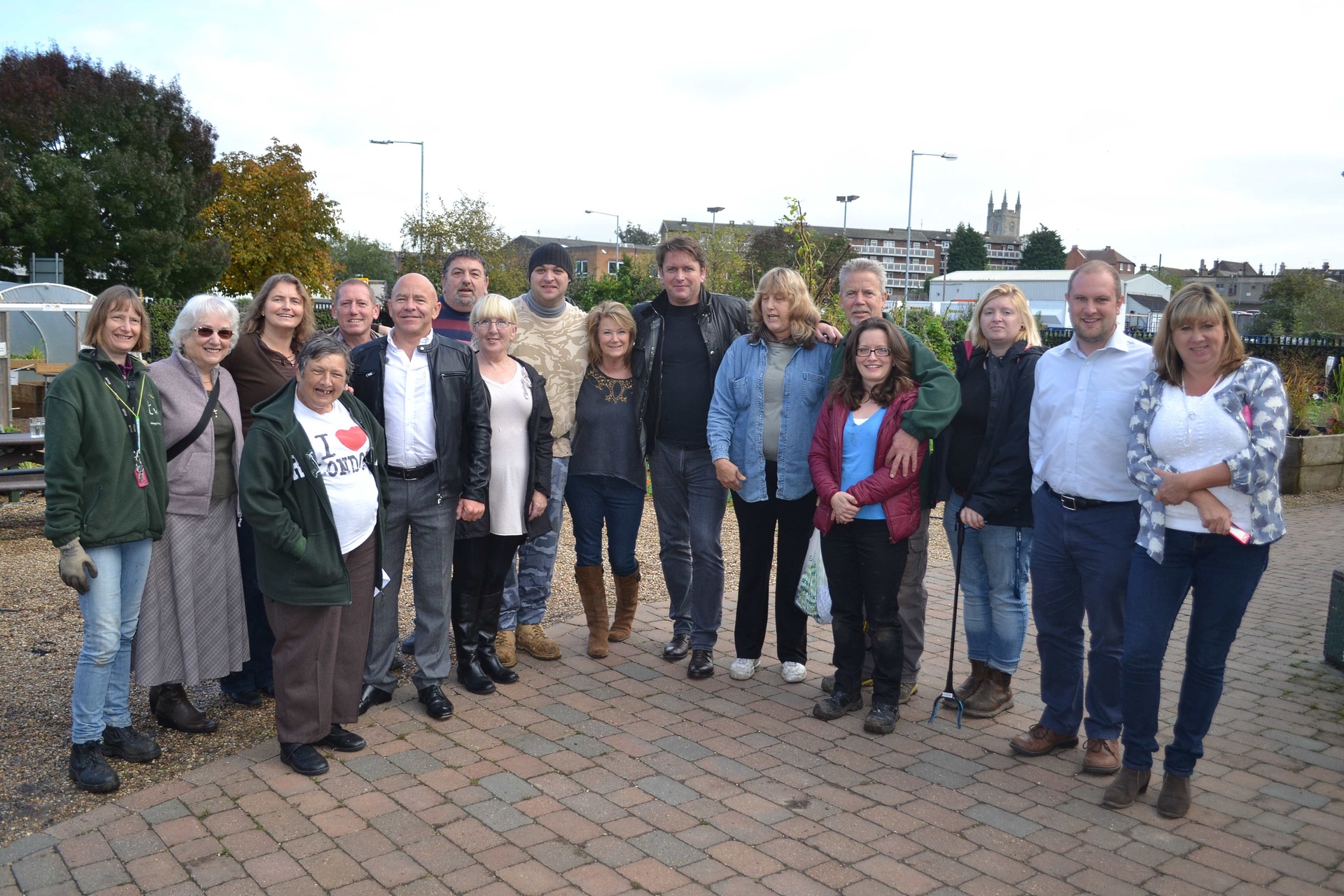 Video may be available here

Oops, you forgot something.

The words you entered did not match the given text. Please try again.